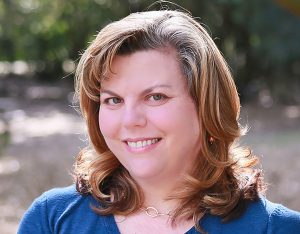 I grew up in Orangeburg, South Carolina, the daughter of a college professor and a social worker. I spent a lot of time in the library and reading them in the solarium on top of the Biology building where my father taught.

I went to the University of Tennessee (Go Vols!) in Knoxville and earned a degree in English. After graduation, I started a career in high tech as a technical writer with a large company in Alabama, then moved to Silicon Valley in 1994 at the height of the Internet boom. All those crazy stories you’ve heard about startups in the 90s? They’re true. Actually, they’re probably a bit tame. I ended up doing all kinds of crazy things, none of which I was trained for. It was thrilling in all senses of the word. I used to go see horror movies to relax.

After the last start-up I worked for was acquired, I wanted to do something new with my life. I took a job at a large Fortune 500 company (yes, you know them) that wasn’t nearly as intense so I’d have the mental space and time to think about what I really wanted to do. For the first time in my life, I took classes for fun, everything from finger painting to Microbiology. It was a fiction writing class where I found what I wanted my future to be. Now my short stories have appeared in the GW Review, Slow Trains, the Dos Passos Review, Epiphany, the Coe Review, Palo Alto Weekly, and The Writer magazine. The Moment of Everything, my first novel, is in fifteen languages around the world.

I now live in the Santa Cruz mountains with my husband, John, and our two big, lovable dogs (Brienne and Podrick), two pet cats (Butch and Sundance), and three kick-ass barn cats (Caesar, Xena, and Loki).

Other things about me: