Why my characters are part of the Society for Creative Anachronism 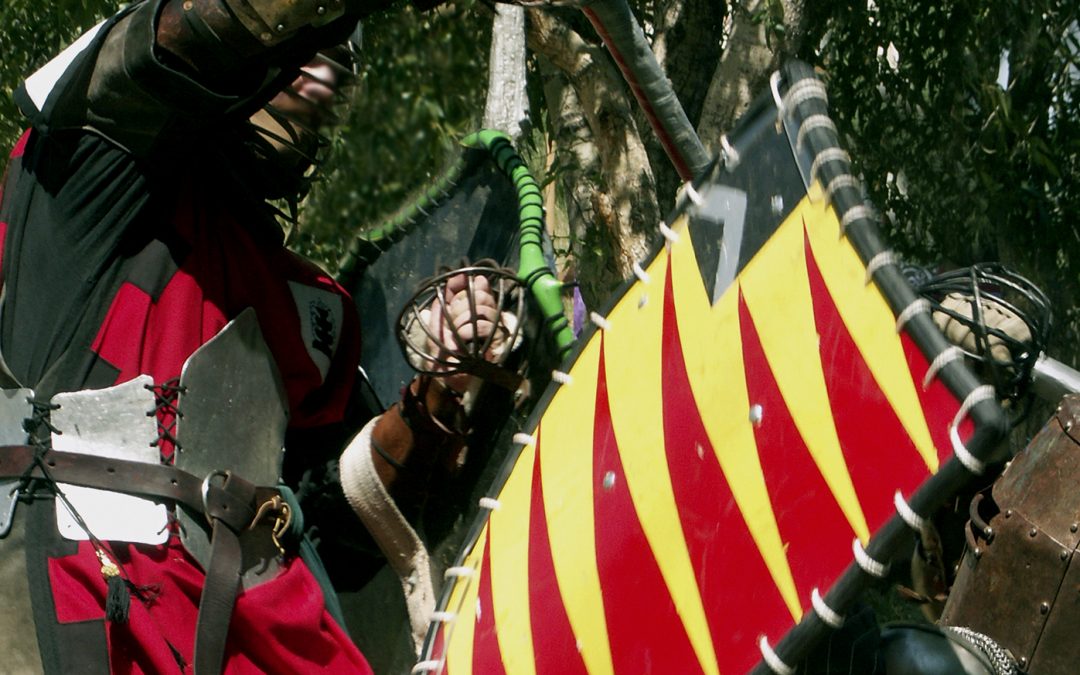 In my novel, The Moment of Everything, I have a group of characters who are in the medieval group the Society for Creative Anachronism (SCA). First, let me say, I’m not a member of the SCA. I have a lot of friends who are, so I have been to some events and hung out with them enough to know that the SCA is a lot of fun. But the reasons why I included the SCA in my novel go deeper.

There’s something about full-on commitment to an endeavor that I admire. I don’t have that gene. There are too many different things I enjoy. I don’t do long-term deep dives into things. I dabble. I try things out. Then I move on. So when I see people who love a thing so much that they pretty much plan their lives around it, well, that gets my attention.

These aren’t people buying a plumed hat at the local Ren Faire. These are people who make their own armor. That’s right ARMOR. They also embroider and sew dresses and other garb that would make those folks on Project Runway look like hacks. They make mouth-watering dishes using the same ingredients and methods used hundreds of years ago. They study the crafts and arts of a time long ago and continue traditions. They have epic battles in open fields. And they don’t settle for tents from REI. It’s pavilions all the way.

We all walked together to the ceremony as everyone except Hugo and me sang a saucy drinking song they all knew the lyrics to. The ceremony was everything you’d imagine from a group of people who spend every nonworking hour designing armor and embroidering dresses. The pomp and circumstance made a British royal wedding seem like a small cozy affair. (The Moment of Everything)

All of that is impressive enough, but the biggest reason I included the SCA in The Moment of Everything is that they are quite possibly the most inclusive group of people I’ve ever known. It makes no difference who you are, where you’re from, what religion you are or even if you have a religion. Sexual orientation? They don’t care who you go to bed with as long as you’re ready for battle in the morning. Always felt like an outsider? As my friend Liz wrote about in this touching post, you’ll find your tribe with this group. All you have to do is show up and you’re welcomed as if you’ve been with them for years.

Many of the characters in my novel are outsiders in some way. Not many of them have close relations with their family for various reasons. A lot of them are geeks (and I use that term with adoration) of one form or another which sets them apart. They find their own “family” through their friends, people who accept them and love them for their quirks, not in spite of them. The SCA is the best example of building your own tribe I’ve seen, and that bit of awesomeness is why the SCA is part of The Moment of Everything.

I never joined the SCA because, even though I’ve never met such wonderful and inclusive people, the whole medieval reenactment just isn’t my thing. So I sit back and watch the wonderful, gorgeous, crazy spectacle that is the members of the SCA doing what they love. It’s a joyous thing.